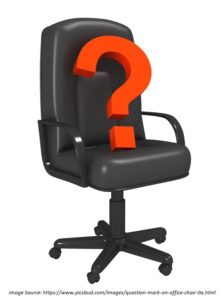 The Prime Minister dawns the role of chairman to National Development Council, National Water Resource Council, NITI Aayog, etc. He is not only a chief spokesperson of the Union Government, but also is a crisis manager-in-chief.

With the above facts, it is clear that Prime Minister plays a major role in the country. He is the face of the country. The decision taken by the Government has an effect on the citizens and creates an impression across the globe. The decisions of the PM influence the geopolitics of the region and the global impression of India. The hawkish or dovish nature of the PM makes a huge difference at times of crisis like in the Pulwama attack. The economy of the country and the in flow of investments depends on the rules and regulations of the country which again comes down to the question, ‘Is the PM is daring enough to bring in changes?’

With the election being days away, we need to decide what kind of PM would we want to see. All kind of tactics comes into play during such times. For example, the nomination of four other Sumalathas in Karnataka to confuse people and divide the vote which Sumalatha Ambreesh might capture. Monetary incentives to people, for campaigning is in place like in every other election.

Various organisations, audio and visual media and the social media have been promoting a lot for people to vote. One day I was listening to radio and one of the channels has planned for a lucky dip and the person gets the goodie, the criteria being he/she should have voted. The Election Commission is also trying to enhance the voter turnout in all the areas.

Last time, the voter turnout ration for Bengaluru was too bad and unfortunately, we are the IT capital of India which consists of educated masses. People plan on vacation to encash the holiday which will be provided. It is a regrettable situation that many won’t find elections to be of importance.

Giving majority to a party will be more helpful to tackle the stalling of parliamentary sessions and decisions. Above all, we have to look at this election as our future five years and make a decision about who has to be our Prime Minister. Once again, it is a responsibility bestowed upon us and we have to vote at any cost. If we do not like any of the candidates, we can show our dissent through the NOTA option but everyone has to vote!

These Superpowers can stop Climate Change!