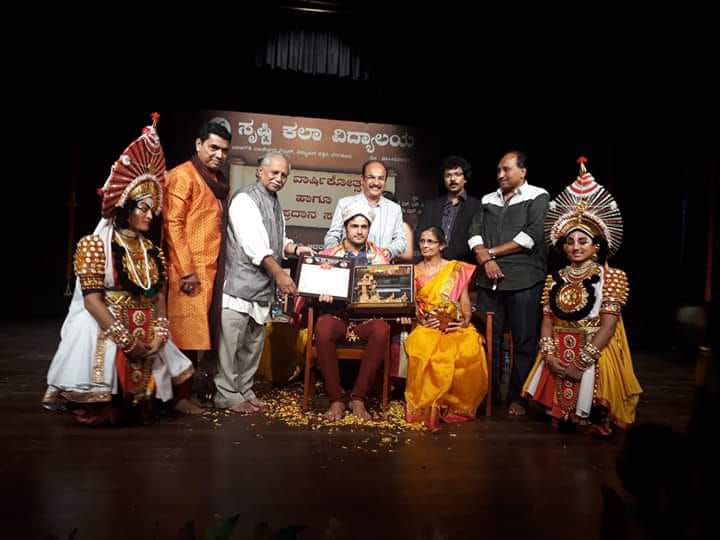 Sri Pradeep has rendered his voice to many popular programmes of small screen. He is the voice behind the announcements in the Metro trains. SriSamsthana and the disciples have expressed their rejoice for him being awarded.

Fodder for Gou, We are for fodder

What did the BJP leader do at the Goushaala?