Bajakodlu: For the sake of fodder for the cows in Bajakodlu Amruthadhara Goushaala, fresh grass grown in public places, which was getting wasted was cut through Shramaseva on October 13th, Sunday,in Mahatma Gandhi in front of Vidya Nagar Blind School.

Example setting work:
The programme named Fodder for Gou – we are for fodder which was initiated and spread by Dr Y V Krishna Murthy in 2018 in Kasaragodu Valaya has set an example for all other Valaya Mandalas.

Arrived for Gou’s service:
It was special that the co secretary of the internet department of the administration, residents of Bengaluru, Ambika Venkatesh couple arrived. They arrived with the intention of serving the Gou and joined hands in cutting the grass along with other volunteers. They also offered 2000 rupees as the expense of transport of grass. Dr Venkatagiri came to the spot where grass cutting was happening and appreciated the hard work of the volunteers.

Fodder for Gou, we for fodder 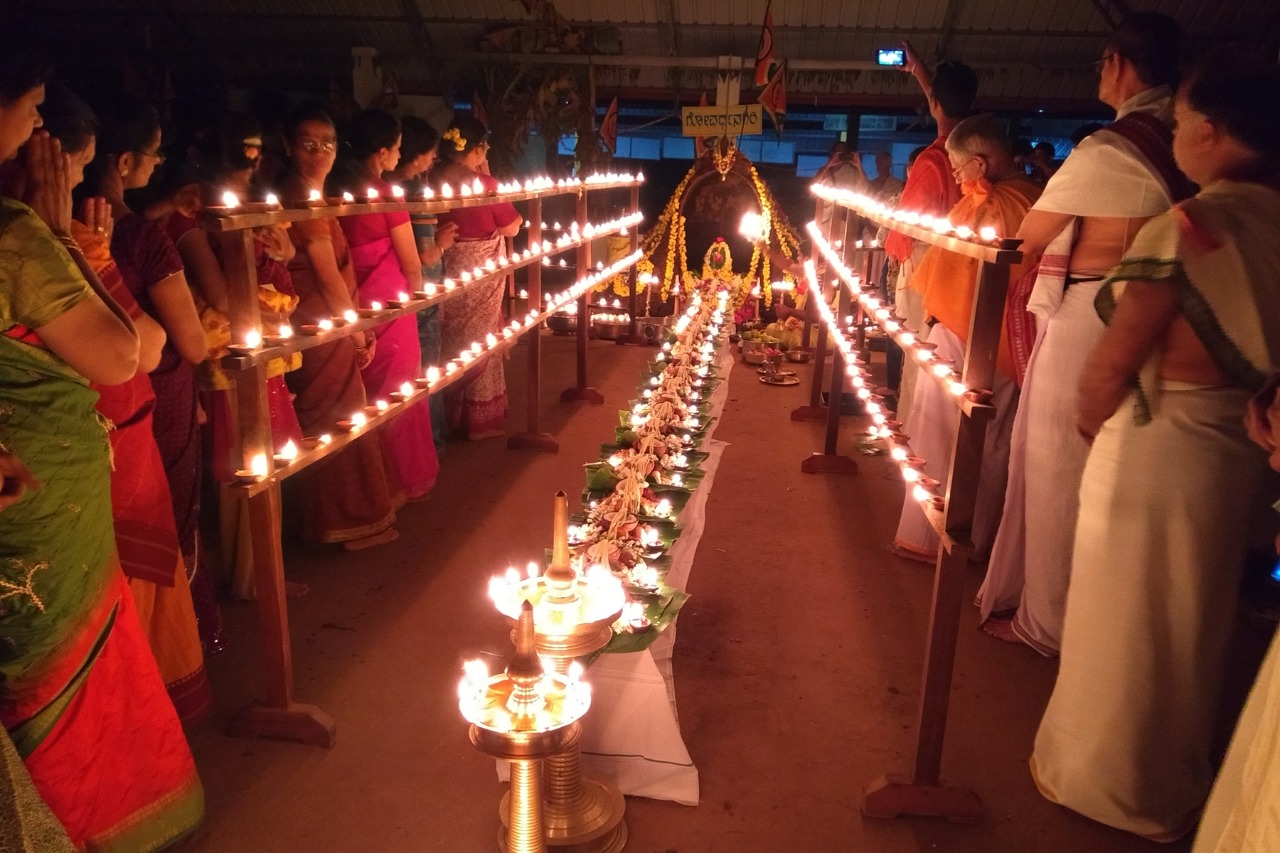