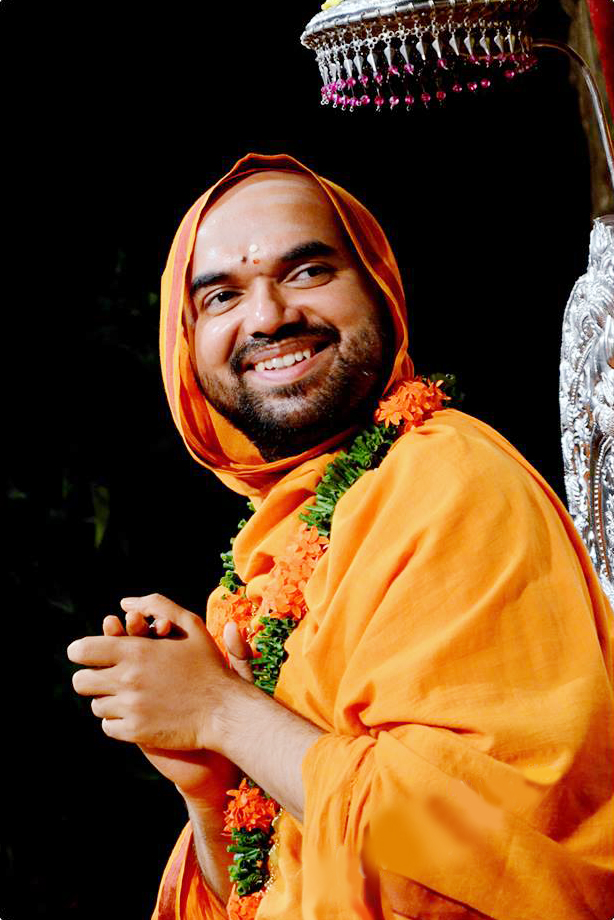 Why do we need *Satsanga ?
Once, Saint Narada who traverses through the three worlds asked Sriman Narayana:
“Oh Lord, what do we gain through Satsanga?”
Sri Hari replied, “Narada, go to earth and meet a just born worm.”
Narada obeyed the instruction of the Lord. As soon as he set his eyes on the tiny worm, it attained death. Sad and perplexed Narada returned to Vaikunta and asked Srihari:
“Oh Lord, why did the worm die?”
Sri Hari said, “Narada now you proceed to the earth and meet the just born bird “.
Once again Narada returned to the earth and saw the tiny bird. Immediately the baby bird embraced death.
The third time, Sri Hari directed Narada to visit the new born calf. To Narada’s dismay, the calf too breathed its last.
Narada rushed to Sri Hari for an explanation. This time, He instructed Narada to meet the just born prince at the palace.
Narada was worried and reflected, “What would be my fate if the prince dies?”
Sri Hari assured the saint that nothing untoward would befall the prince.
Narada went to the palace and met the prince. The prince was happy and he addressed the saint thus:
“Oh Narada, why do you look worried? Your mere sight has liberated me from my earlier births as a worm, a bird and a calf and now I am blessed to be born as a prince “.
Truth dawned on Narada that a jeeva attains a superior and noble state through its association with great souls who tread the spiritual path. Satsanga leads to liberation.
—————————————————————————————————————————–
*Satsanga- association or contact with holy men who tread the path spirituality.

Pearls of Wisdom : Whom to Remember at the End ?

1 thought on “Pearls of Wisdom : Why do we need *Satsanga ?”