A new era unfolds in the Sri Gokarna’s all-round developmental age. Renowned upcoming artists of the state will be offering Kalaseva continually in front of Sri Mahabaleshwara in the newly built auditorium ‘Shivapada’. It is built exclusive for performances in the vicinity of the temple. This auditorium will be inaugrated on June 8th 2019. His Holiness SriSri Raghaveshwara Bharati Mahaswamiji, the 36th pontiff of Sri RamchandrapuraMatha spoke to the media stating that, this temple will have the facility to pray and seek blessings from the Lord. He is the world’s only Atmalinga which can be touched, revered and prayed by performing various forms of art each day.

*Omkareshwara: He who can be appeased by the dance*

Gokarna Mahabaleshwara will be pleased by seva and shraddha and not by wealth. There is a saying that dance pleases and appeases Omkareshwara. This is the reason that an auditorium has been built to provide opportunity to the patrons of art in the state. The Shivapada auditorium will be inaugurated on June 8th of 2019, at 5pm in the evening by Jagadguru Shankaracharya SriSri Raghaveshwara Bharati Mahaswamiji of Sri RamachandrapuraMatha. The programme is set to begin with Veda Ghosha and procession of Nataraja, leading onto the stage. The first Kalaseva on Shivapada auditorium will be done by Sri Pandit Venkstesh Kumar, a famous singer from Dharwad. Sri Keshav Joshi will accompany him on the tabla.

The lost grandeur of SriKshetra has been restored in the last decade since Sri RamachandrapuraMatha has taken over the administration by taking up many developmental activities. These developmental activities are moving in a fast pace by centralising these three principles – Pleasing the Jagadeeshwara, satisfaction of the devotees and joy of the needy. Various fields like the spiritual, social, temple environment have seen remarkable changes. Spiritually, Gokarna Gourava – a special programme of inviting saints from various corners of the country and offering of puja to the Lord by these saints every day. This special programme went on for 600 days consecutively. A free darshan at this centre of utmost devotion and reverence was arranged even to those without a dime. Even the last person of the society should be able to touch the Atmalinga and have the deepest bliss and peace. This was the intention of Srimajjagadguru SriSri Raghaveshwara Bharati Swamiji and it has been materialised. There is a special direct darshan programme which is available for the country’s pride – soldiers and ex-service men. It is a pride to know that the words of appreciation in the visitor’s book by eminent personalities, judges, devotees are the highest form of appreciatory certificates, compared to the ISO certificate obtained for cleanliness maintained in the temple. The renovations of archaeological Adigokarna is in progress, the rajatapraveshadwara of Nandi Mantapa is completed with a cost of 70 lakh rupees. Similarly a rajatapravesha dwaara has been constructed to the Garbhagudi with a similar expense. Modernised boilers have been set up for a tasty and hygienic amrutanna prasada bhojan. It has catered to around 40lakhs of devotees. It is famous for being the first temple of the district to offer prasada bhojan twice a day, at noon and at night.

Socially, many programmes have been initiated by the temple. During the last four years, more than 75 lakh poor students have been given financial aid for their education. Jeeva jala – free water distribution is the programme conducted, looking at the difficulties faced by the villages for water during summers. Medical aid to the ailing, free marriage arrangements to the needy bride and groom are a few of the humanitarian services done by SriKshetra. These details were laid out in the press conference held by the appointed administrator of SriKshetra Gokarna temple – Sri G. K. Hegde, administrative head of Shivapada auditorium Dr. Sheela Hosamane, Dr. M. G. Upadhyaya, Sri Mahesh Shetty and Sri Ramesh Pandit. 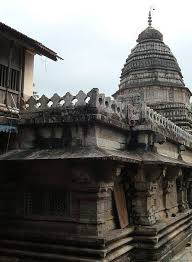