After completing the darshan, a meeting was held between the Shankara Peethas of Kanchi and Sri Ramachandrapura Math. During this interaction, dialogues flowed on the topics of protection and conservation of Dharma and other contemporary developments among others. The Kanchi Shankaracharya, expressed his happiness on the visit by stating that “Our visit is a meeting of religions and let this be a cause for religion to grow. We wish that trust and companionship that has existed between our monasteries is further enhanced. Additionally, we would like to extend the whole hearted cooperation of the Kanchi monastery with all your work.” Shankaracharya Sri Sri Raghaveshwara Bharati Mahaswamiji tweeted about the same and said:

Non-duality of the two Peethas were on display once again as we travelled to Kanchi Kamakoti Peetham on the special invitation from Shankaracharya of Kanchi-Kamakoti Peetham! 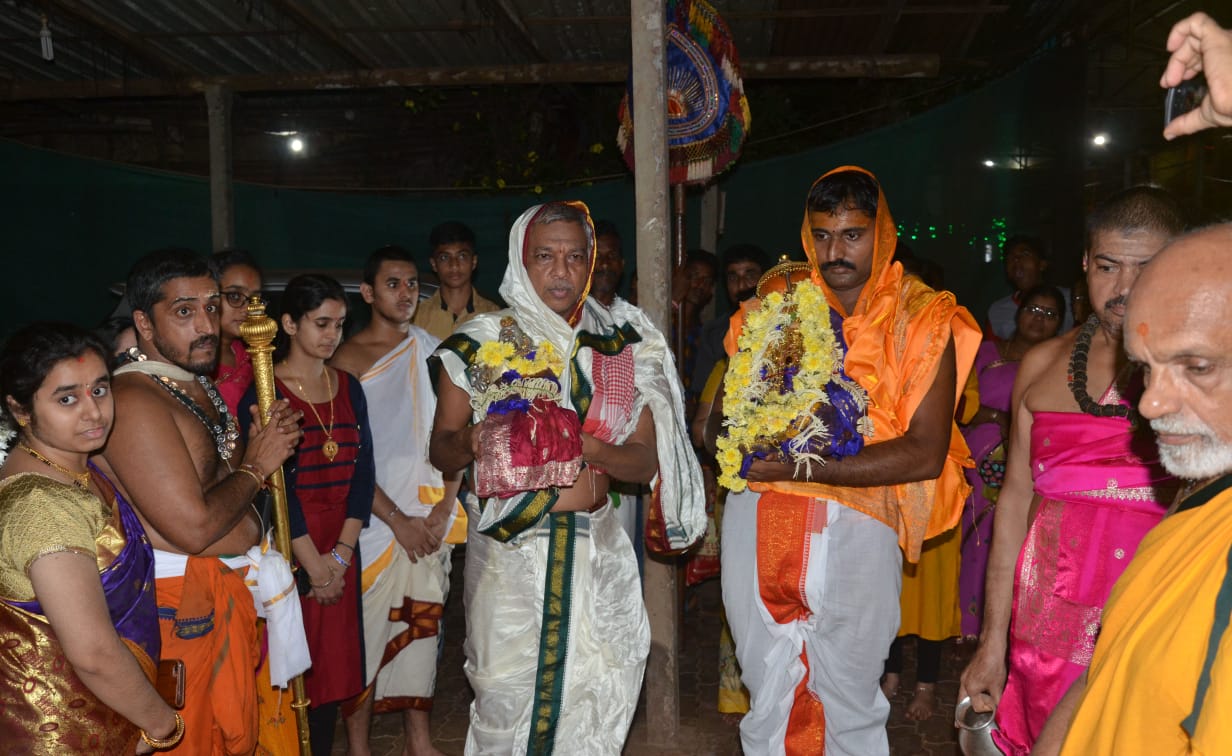 A short break for Ramapada 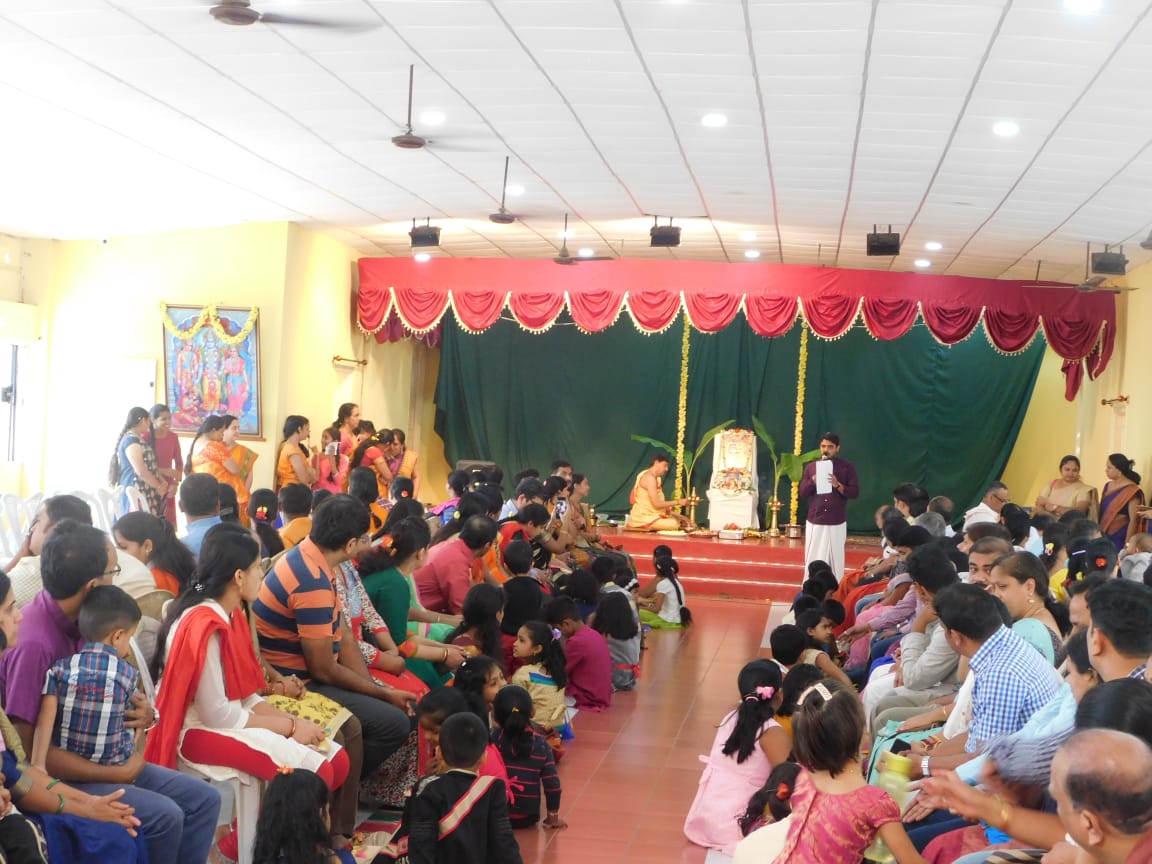 Children worshipped their parents in Maatapitru pooja : A unique program to awaken our culture.