The first lesson was taught to the students by the head of the shibira Veda Murthy Mahabaleshwara Bhat. The president of Guttigaru valaya Sri. Seetarama Bhat was the guest of honour and wished them the best and addressed the students to be regular in their daily rituals and japa.

The president of Anoichana Vidya Pratishtana Sri B. K Krishna was present on the stage.
Veda Murthy Karuvaje Keshava Joisinitiated the gayatri japa by by doing the gayatri yajna sankalpa and placing the ghruta kalasha. Sri Subrahmanya Bhat, the head of sanskara vibhaag of Guttigaru valaya welcomed the gathering. Valaya secretary Sri Suryanarayana Pucchepadi thanked the gathering. Secretary of Vidya pratishtana, Sri Shivarama Karuvaje registered the students and was the master of ceremony. The parents of the students and veda patrons were present for the programme which concluded with the Shanti Mantra. 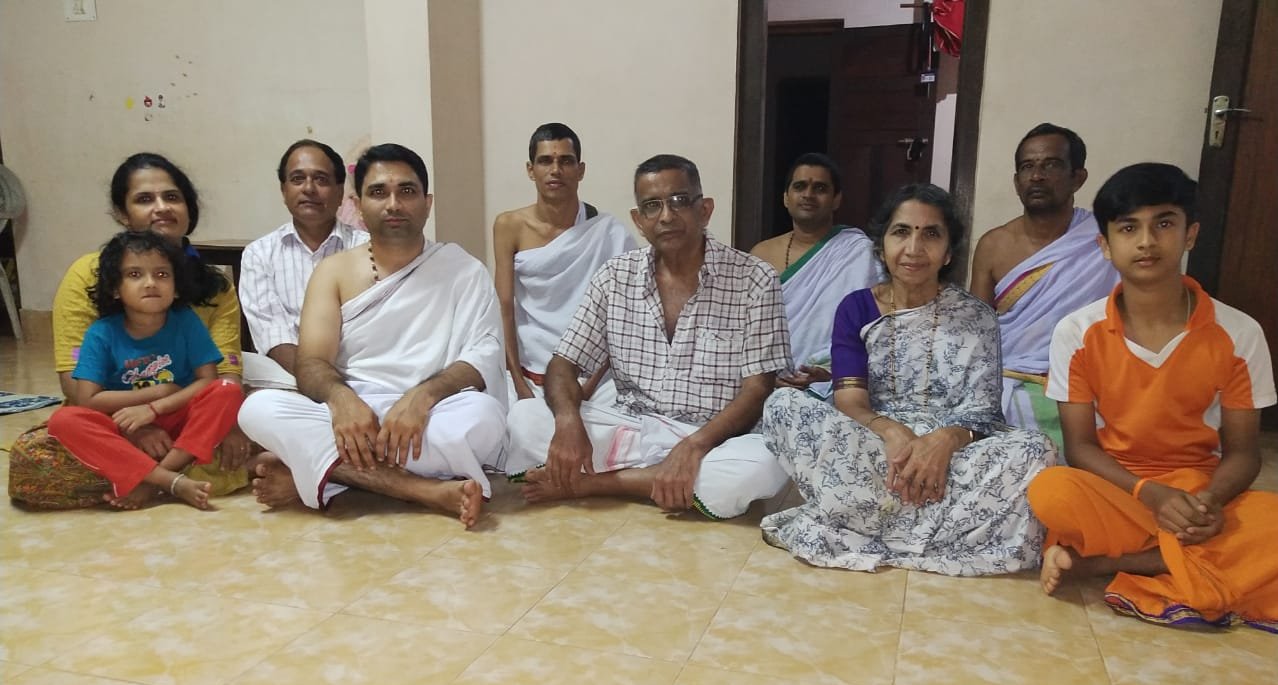