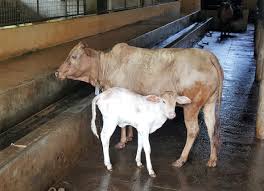 How are you, my baby? I hope all are treating you well in Kamadhenu’s heaven? Are the fodder, rice, water and fruits good? Are they giving you enough to eat, enough to fill your stomach? Are you angry with me? What do I do, I was very young then.

You are that little calf who came from my aunt’s house in Kundapura with your mother Saraswathi. You captured our minds and hearts despite being just a week old. Black hairs, with zebra like pattern, round eyes and your naughtiness all attracted us to you. On an auspicious day, I named you Ashwini. You were as small as my sister and I loved you just like her, still do today.

Do you remember how much you loved us, Ashu? You would not allow anyone to come near or milk you except my mother. You would only allow our family and our workers to get near you. When my mother went to attend a wedding at Surathkal, you broke our Shanta chikkamma’s jaw as she had come to milk you wearing my mother’s saree. I remember it very well. With crazy expectations, you stood still when I unsuccessfully attempted to milk you. What anger did you have against others, I don’t know. For the cow that only trusted us, I was crazy in love with you. When we heard my mother’s voice near the cowshed, you saying ‘amba’ would sound like ‘amma’ to us. It was heart tugging to me. Your innocent love was expressed to me even though you did not utter a word. Did you know how much I wanted that love, Ashu?

The first time you were pregnant, did you know how beautiful it was. Though you don’t speak, would you not have any special desires when you were pregnant? This question haunted everyone in the house. Within days the food and drink that you would get underwent a lot of changes. 2 jaggery dosas were reserved for you even before we had our breakfast. You would get a mango hidden in the peels of the mango for rasayana. Having all this along with your fodder, you filled out in such way that people could cast an evil eye on you. You had twins in your stomach and when you cried out in the night, my mother would come running to see you. One day, when we came back from school, everyone was around you. When I asked what happened, we were told that you were having complications in your delivery. How painful was it for you!! You were calling out amba…amba very loudly. We were not allowed to come near you. So we lit an agarbatti in the pooja room so that you would have a smooth delivery, did you know that? The cow doctor came. As usual, you started twitching through pain when seeing a new person. When your pain became worse, you unwillingly cooperated with the doctor. That is when your son Soma was born, like a son to us.

When my distraught mother saw that you were seeing your son as someone new, she asked us to get some fodder for you. In the excitement to see your son, we got the fodder that grandma gave us. Did you know how happy we were to see a newborn calf who could barely stand on his legs? To introduce your son to you, my mother applied fodder all over him and brought him over to you. Gently talking to you, she brought the calf to introduce him. Just as we were seeing, I don’t know if you created warmth for him, but it seemed like slowly he opened his eyes and smiled. After that, the doctor uncle gave some tonic to relieve your tiredness and left. We were eager to touch and pet your son. We never understood then about the immense strength you had, but today I understand it.

The second time you became pregnant, you began drinking your own milk. The doctor named some rare disease and gave a lot of medicines. We even tried all the remedies that the villagers suggested. Despite this, you did not get better from that rare disease. Some naysayer, someone idiotic came and said, ‘Oh my God! It shouldn’t have happened like this. If it happens like this, there is threat to the elders in the house.’ Just because someone said that, grandma insisted on selling you. She was very stubborn about it. My words, my mother’s tears and my revolting through fasting, finally led to grandmother recalling her words to sell you. What I didn’t realise Ashu, was that all this was an act to get me to stop crying.

After around a week or ten days after the incident, I had left to school as usual. When I said ‘Ashu tata’, I heard you say ‘amba’ like you were crying. That sound still resonates in my ear. You probably knew what was going to happen! I didn’t know anything about it. They gave you to someone (not for money) when I went to school, because if I knew, I would kick a fuss. I really did not know Ashu. By the time I came back attending half a day of school on Saturday, the big lorry standing in front of the house, the 4-5 workers, amma crying silently, heartbroken yet silent appa, ajji preaching that everything happens for the good, you not going into the lorry despite many attempts – it was a miracle that I did not faint seeing all of this.

“Aiyyo! Where are you taking away my Ashu? Please don’t, I need my Ashu. Uncle please leave her. Amma at least you say something.” I wept and rolled on the road but no one listened to my words. For my amma and me, we were only able to send you off with tears in our eyes. Your cry of ‘ammba’ and your heart wrenching look as the lorry left is something I will never forget my darling. Even when grandma said ‘It’s ok child! You are a good girl right. Ashu has got hurt a lot, so we will bring her back once she gets better,’ it didn’t feel good. Not even one mouthful of food went down my throat without you here.

Nobody in the house had a response to my question when I asked how would you live in someone else’s house when you would not let anyone except us come near you. How much did you suffer there? Even though they gave you enough fodder and food, they could never love you like us. You were the daughter of our house. We later came to know that they saw you just as a milk producing machine. Forgive this elder sister Ashu, it was my fault that I was a small girl when you left…

How can I forget the news that I heard a few years after you went Ashu? That day when I came back from school is when the middleman’s journey had begun. Without even seeing their face, I went to the bathroom to wash my hands and legs. He did not see me and was talking about you with my mother and grandma. I was curious and interested. I learnt that the people in the other house did not take care of you with love, not having enough food and finally dying as you got even more weak due to the disease. Unable to listen any further, I shouted at them like someone possessed me. I screamed, “Are you all happy? You all finally managed to kill my Ashu? Drink milk and go away.” Tears spilled out my eyes in your memory.

I don’t know how much I scolded the man who filled wrong things into grandma’s head and the family
that did not look after you with love and care. After this incident we never gave any cow or calf from our house ever. No calf ever named after you. Even though it has been 20 years since the incident, you have not disappeared from our memories Ashu. Please forgive me for hurting you, for unknowingly making a mistake and unknowingly becoming a part of your demise.

Do you know something else? My better half is also a lover of cows just like me. Someday in the future, I want to rear tens (if possible even more) of cows and calves and repay your debt Ashu. The goshala that I build will have your name, ‘Ashwini Goshala’. Do you like it? Forgive me Ashu by coming to my cowshed as my daughter again. 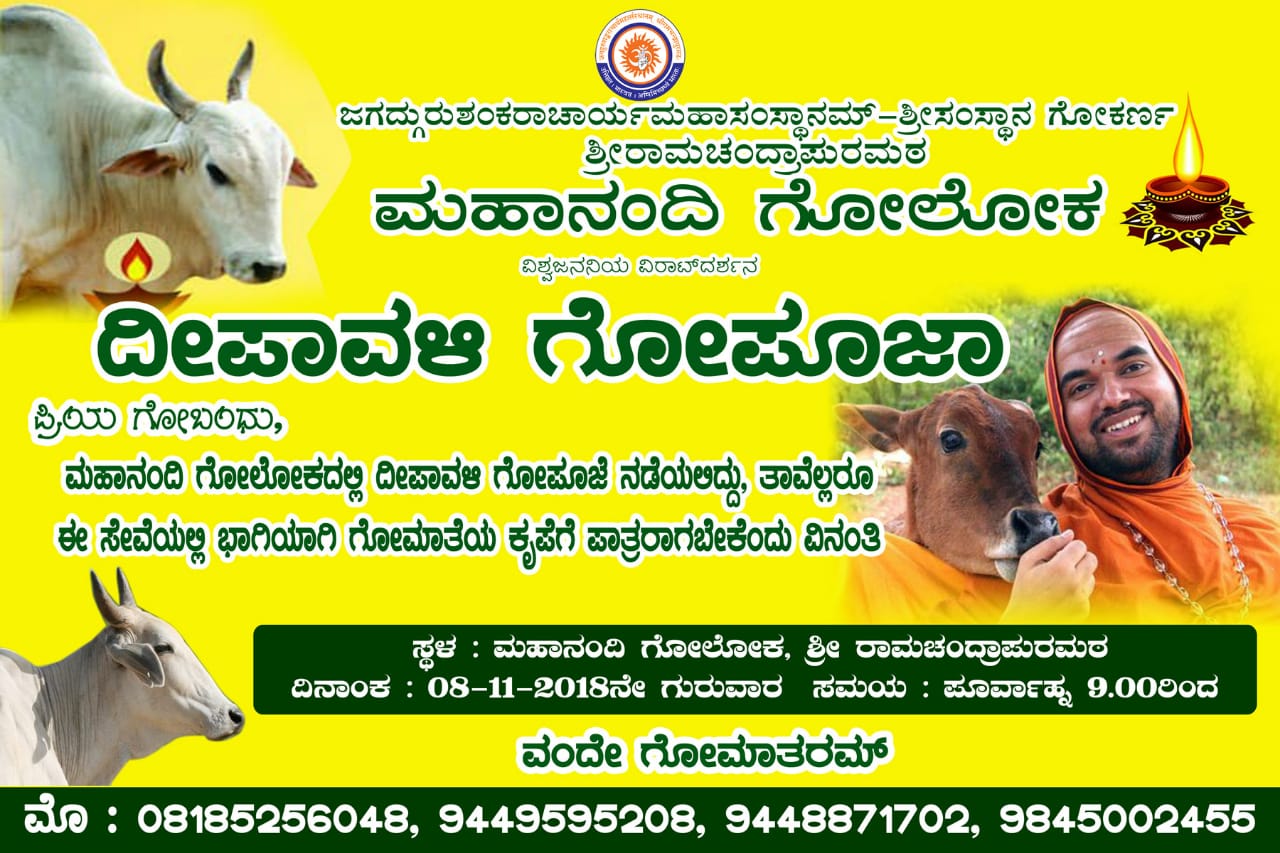 Visit Mahanandi Goloka during the auspicious days of Deepavali: Perform gopooja, offer gograsa, fill in your bucket of virtues