Alakkodu, May 20: “Jackfruit is of golden colour. It has the odour and taste which gold doesn’t have. The disciple community has offered its great efforts for the protection of cows. It is commendable that the goupremis have organised jackfruit camp for the fodder of cows”, Sri Sri Raghaveshwara Bharati Mahaswamiji graced in his aashirvachana.

At ‘Gokula’ house of Vishnuprasad Hebbar in Perla, Kasargod, His Holiness inaugrated the pamphlets of the jackfruit camp which will be held at Badiadka Shree Bharathi Vidyapeetha for the fodder of the cows of Amritadhara Goushala Bajakudlu. “We can offer service to cows in many ways. Public can obtain virtue of gouseva by purchasing the products of jackfruit. Jackfruit, which is both tasty and nutritious, should be consumed. Let the lives of the goupremis and devotees who prepare the cow fodder with hard efforts have the golden colour and odour”, blessed His Holiness. 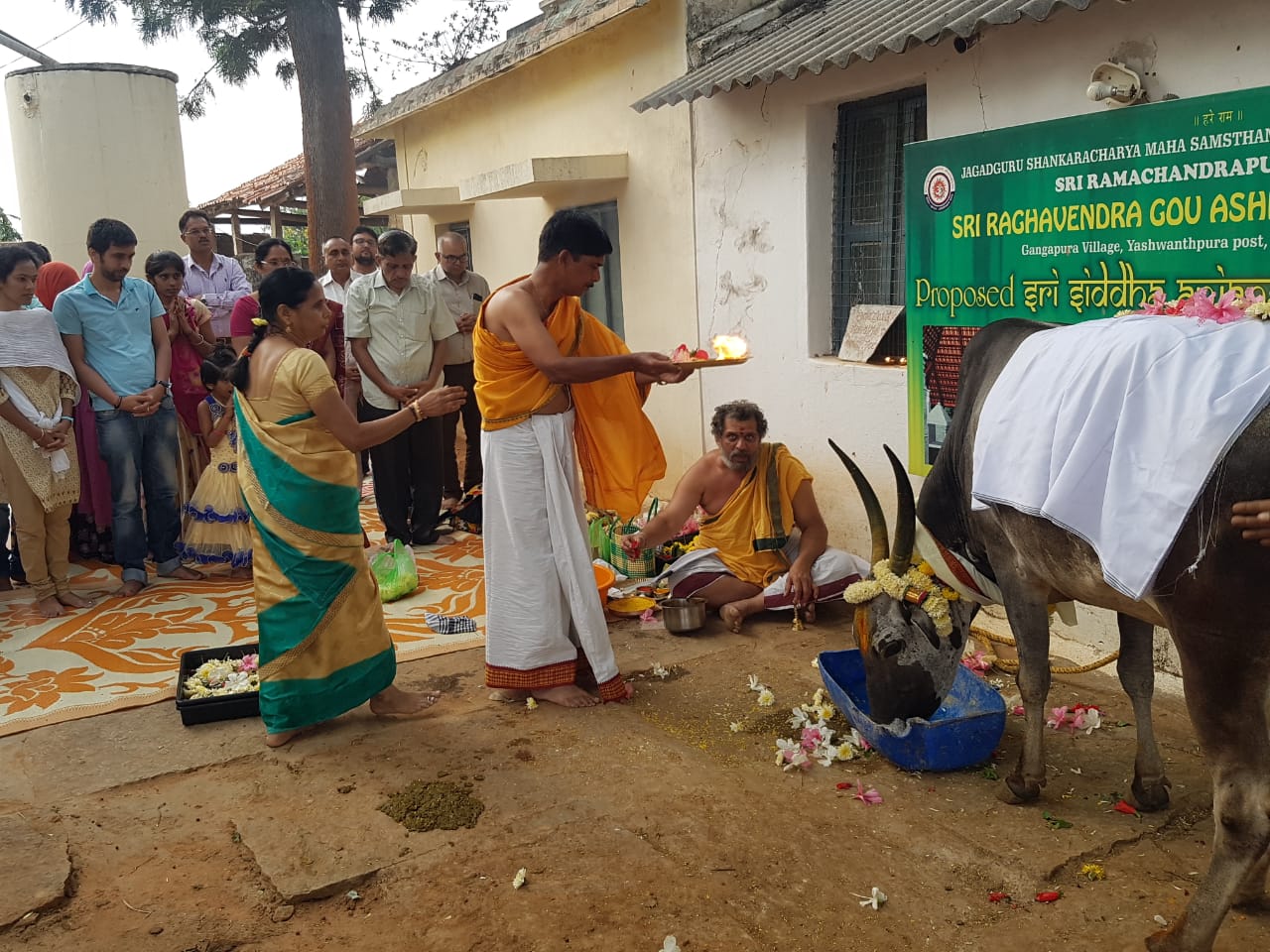 Life is at its best when there is unseperable relation with the Divine;SriSamsthana 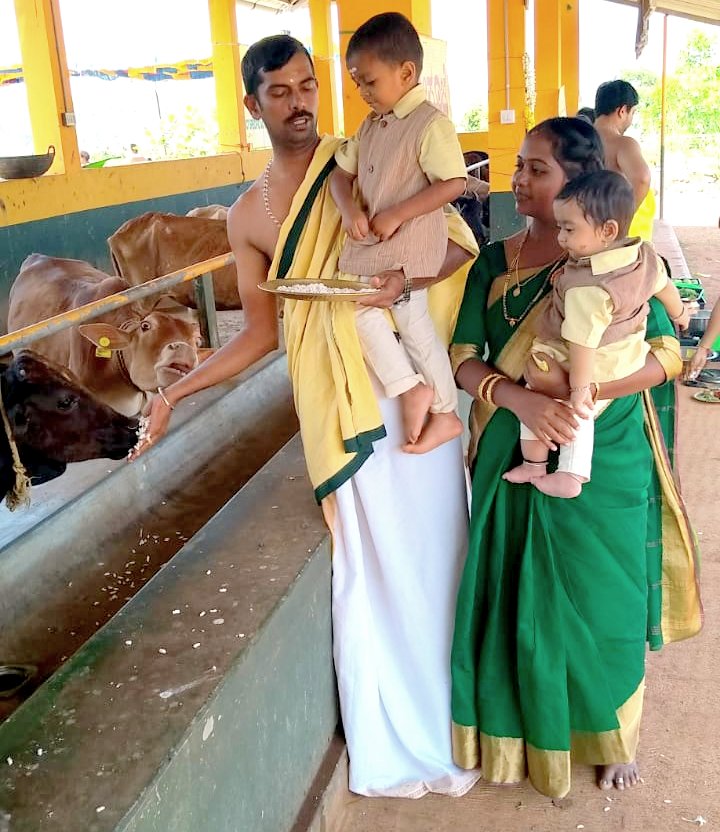