Bengaluru: SriRamchandrapura Matha’s Bharatiya Gou Parivara team has completed a massive task of collecting and distributing about 25 loads of fodder, necessary items of worth approximately four lakhs, one ton of rice, 18 tonnes of animal fodder, to the flood affected regions all over Karnataka in a span of just a month. 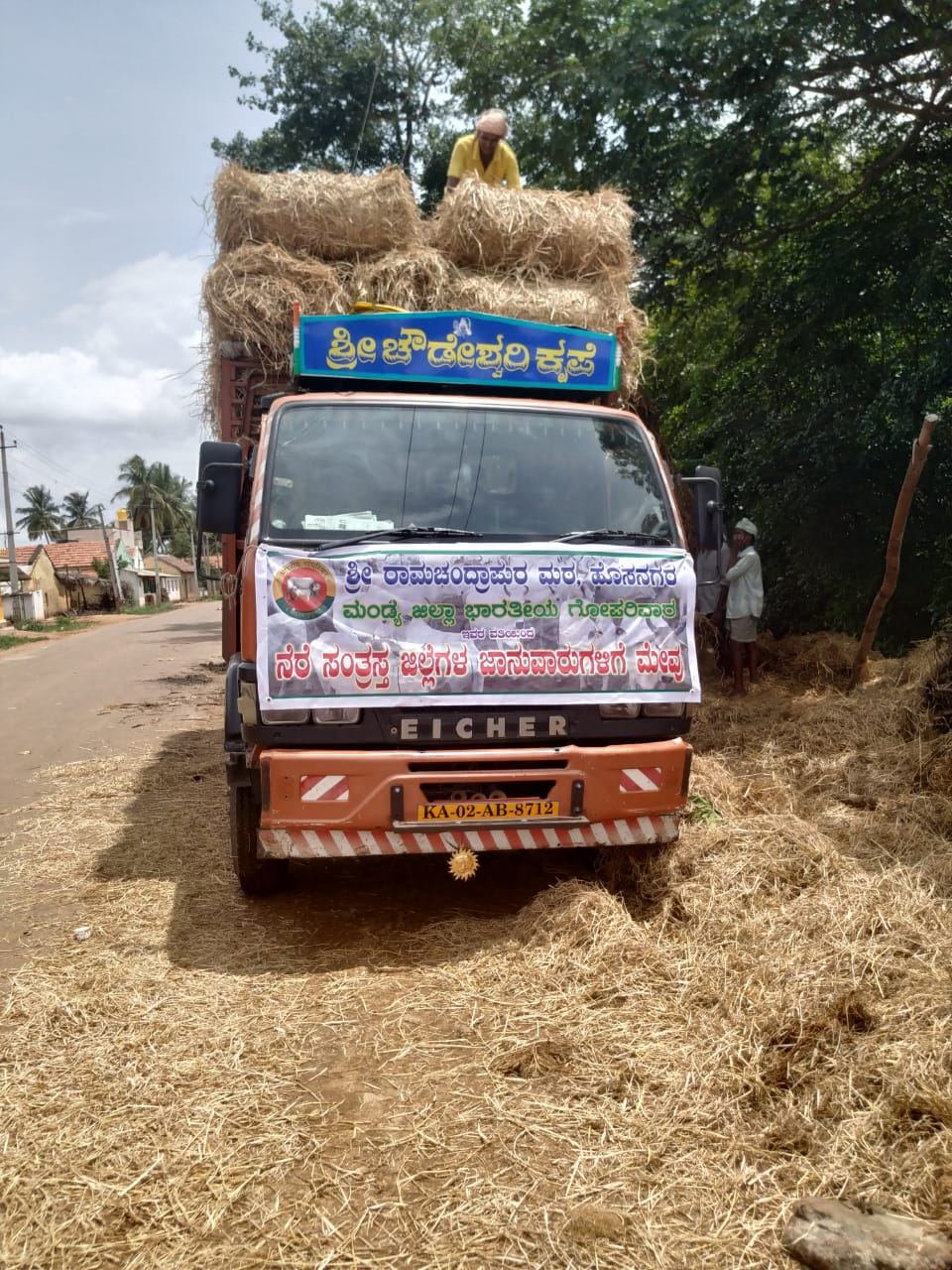 About 2 loads of dry grass from Davanagere district was collected from the donors by Gou Sanchalaka Srikanth and other members of Gou Parivara and was distributed to Vishwa Hindu Parishath of Tiluvalli in Hanagal, Goushaala managed by Bhajaranga Dala and Shivayogi Mandira Goushaala of Badami, 2 loads of dry grass and 1 load of rice collected by the people of Kothanur Grama was distributed to the farmers affected by the flood in Haveri. 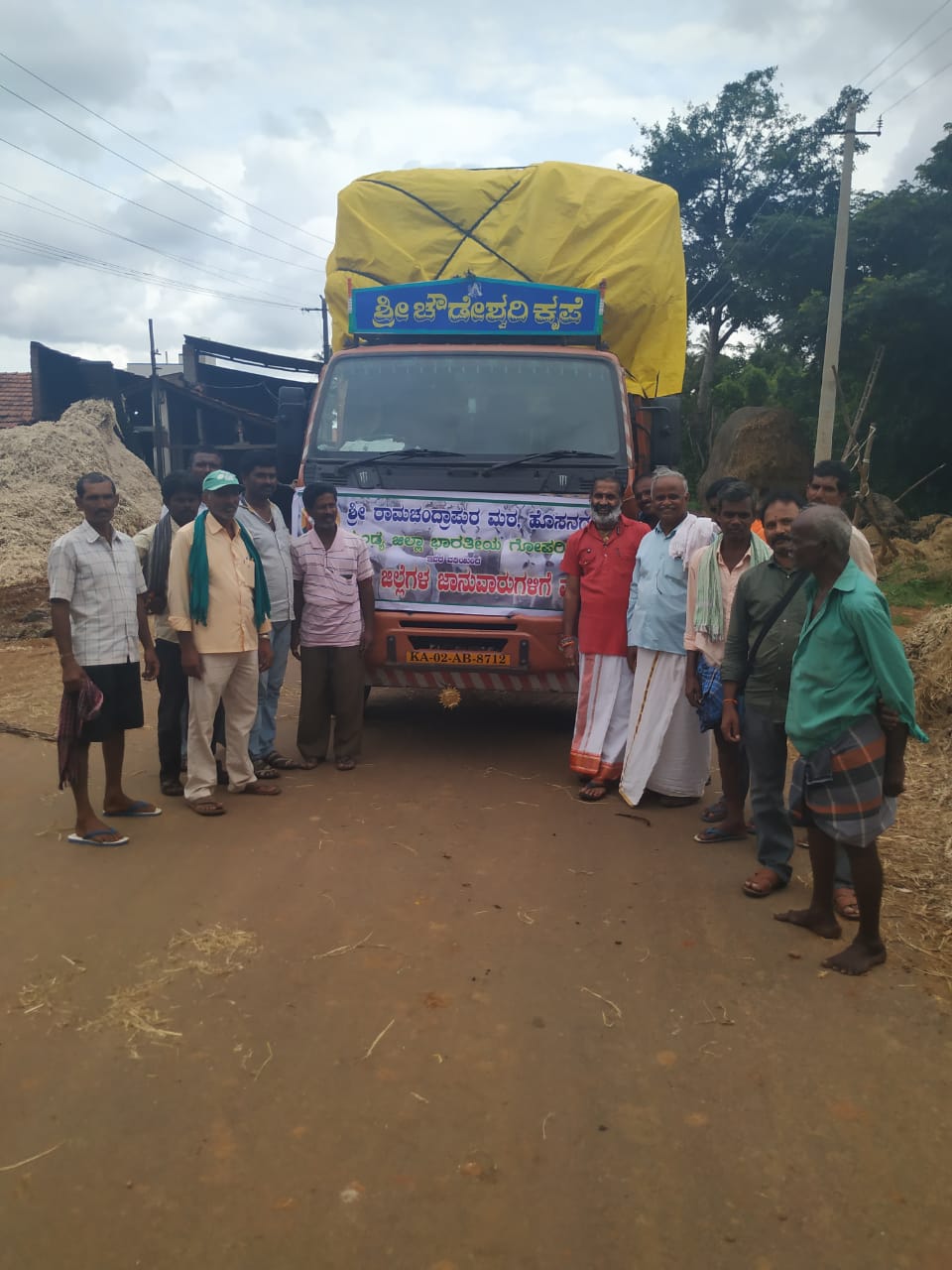 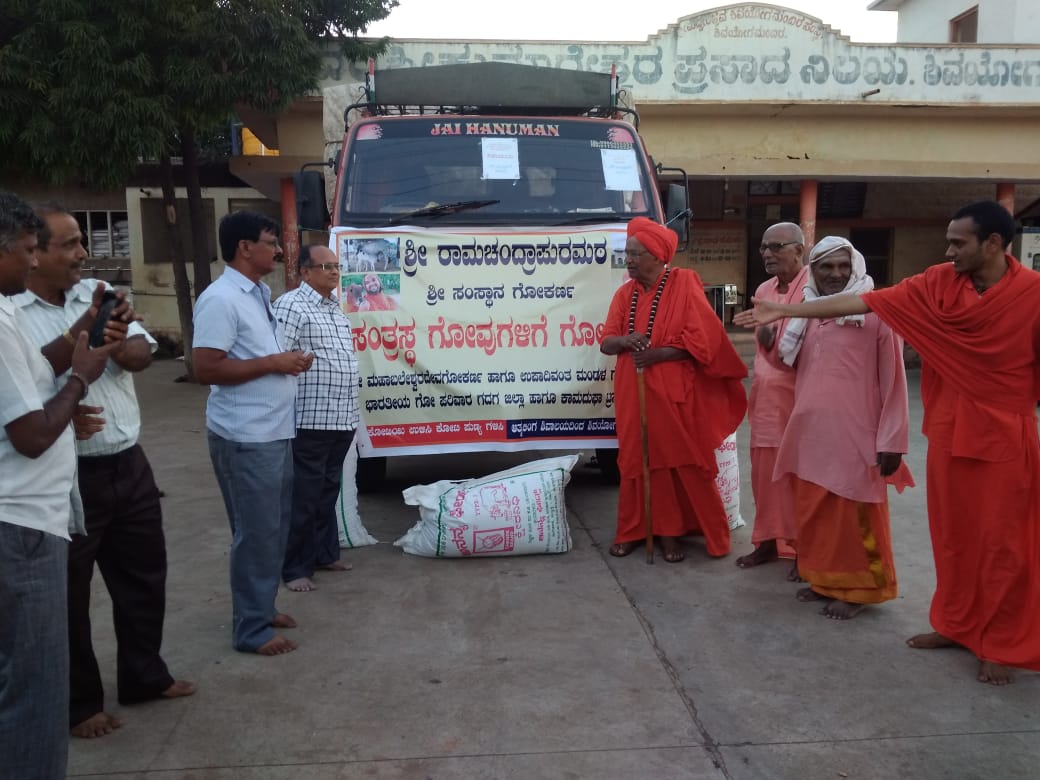 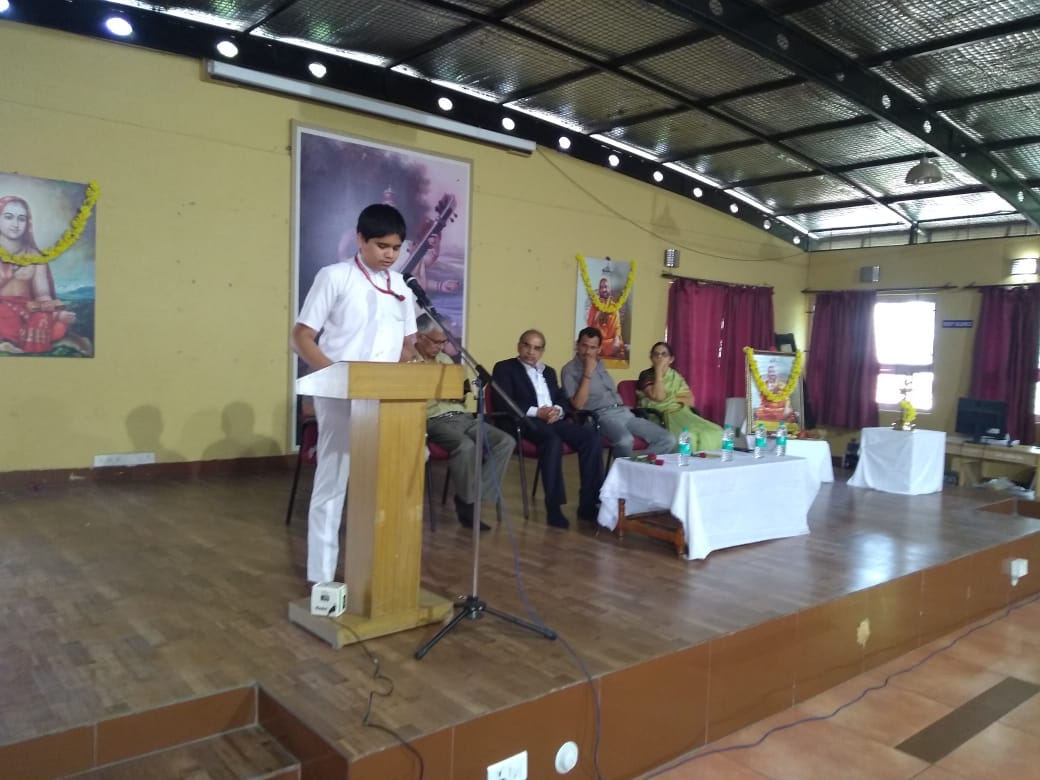 Annual ceremony of enshrinement of Sri Rama at Ramashrama completed