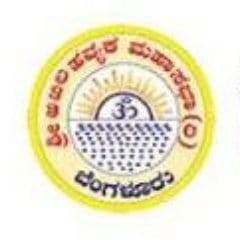 Sri Akhila Havyaka Mahasabha was formed before independence itself for the unity of Havyakas and it is a collective representation for the whole Havyaka society. Under the divine guidance of the Gurupeethas, since 1943, the organisation has been working towards the overall development of Havyakas. Havyaka Mahasabha which is celebrating its 75 years, has organised the Platinum Jubilee and the Second World Havyaka Conference from 28th December to 30th December, in Palace Grounds Bangalore.

The Havyakas have contributed uniquely to the society through their special traditions and culture. The Platinum Jubilee and the Second World Havyaka Conference are organised for promotion of Havyaka society in the international level. The platinum jubilee shall be celebrated on 28th December and the world conference on 29th and 30th December.

In this historic event there will be felicitation for 75 Vaidikas, 75 agriculturists, 75 achievers, 75 students, 75 soldiers and 75 godaana, launching of 75 books and much more unique programmes. A complete exhibition of arecanut horticulture and also an exhibition to introduce the importance of yajnas which are for the welfare of all, are organised. Havyaka cultural world shall be unveiled through various art forms. Havyaka Pakotsava shall add flavours to the programme by taking us to the world of flavours of Uttara Kannada, Dakshina Kannada and Shivamogga. Guests of national level shall attend the event and savour and enjoy the Havyaka culture and add decorum to the event.

It is Mahasabha’s wish that every Havyaka should participate in this event to show the united strength, power and culture of the Havyaka society. The Mahasabha invites everyone to participate proactively in both the events.

His Holiness Srimajjagadguru Shankaracharya Sri Sri Raghaveshwara Bharati Mahaswamiji shall grace the event by inaugrating it on 28th of December.

His Holiness shall grace his presence on 30th December and shall give guidance. In the evening His Holiness shall conduct the Ramakatha “Yajnadhaarini” which glorifies the greatness of yajnas, which is the origin of Havyakas. 75 famous artists participating in it is its speciality.